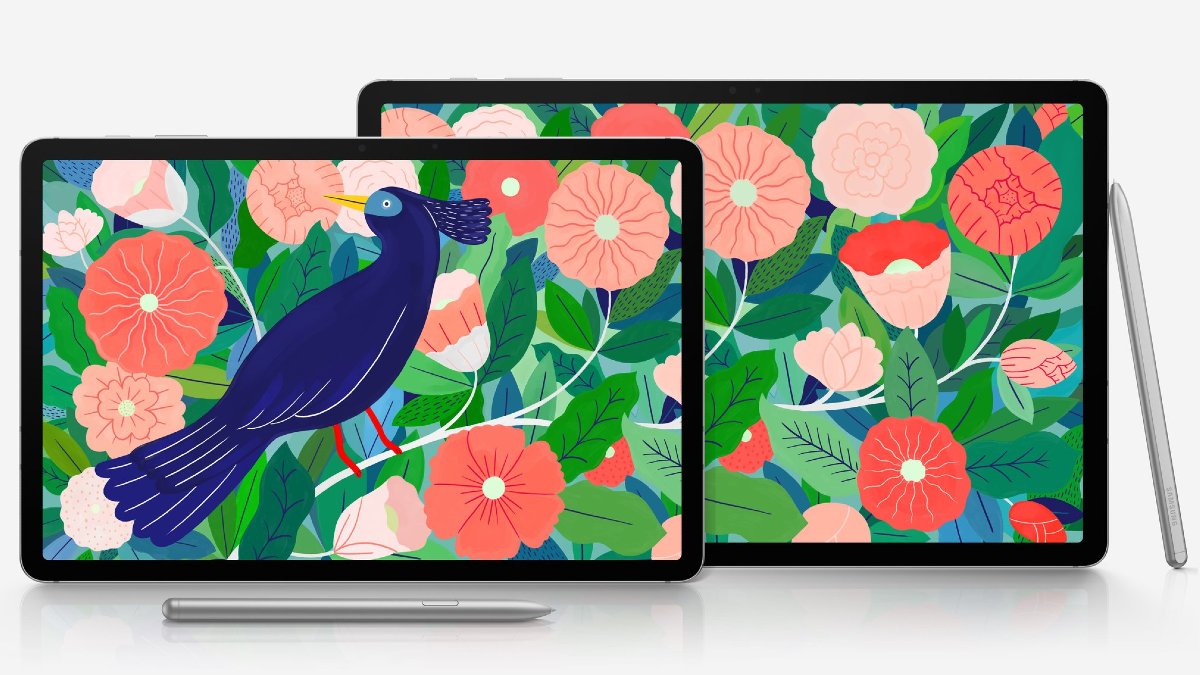 Details about the India availability and pricing of the Samsung Galaxy Tab S7 and Galaxy Tab S7+ are yet to be revealed.

The Samsung Galaxy Tab S7 runs Android 10 and comes with an 11-inch WQXGA (2,560×1,600 pixels) LTPS TFT display that has 120Hz refresh rate and 274ppi pixel density. The tablet is powered by an octa-core Qualcomm Snapdragon 865+ SoC, coupled with up to 8GB RAM and up to 256GB storage. You can also expand the available storage using a microSD card (up to 1TB).

The Samsung Galaxy Tab S7 comes bundled with an improved S Pen that has a latency of nine milliseconds — identical to what we have on the Galaxy Note 20 Ultra. It supports Air Gestures and can be used to write notes or drawing sketches on the tablets.

The Galaxy Tab S7 packs a 7,040mAh battery that is touted to deliver up to three hours of video playback on a single charge. The tablet also has quick charging support. Besides, it measures 253.8×165.4×6.34mm and weighs 495 grams.

Unlike the Galaxy Tab S7, the Samsung Galaxy Tab S7+ features a 12.4-inch WQXGA+ (2,800×1,752 pixels) Super AMOLED display with 120Hz refresh rate and 287ppi pixel density. The tablet has the Snapdragon 865+ SoC, along with up to 8GB LPDDR5X RAM and up to 256GB storage. It also comes with microSD card support for storage expansion (up to 1TB).

The Samsung Galaxy Tab S7+ houses the same dual rear camera setup that’s available on the Galaxy Tab S7. Likewise, there is an 8-megapixel camera sensor at the front.

Samsung has provided S Pen support with Air Gestures and the Microsoft Office stylus integration. Further, connectivity options include 5G and 4G (optional) as well as Wi-Fi 6, Bluetooth, GPS/ A-GPS, and a USB Type-C port. Sensors on board include an accelerometer, ambient light, gyroscope, and magnetometer. The tablet also has an in-display fingerprint sensor.

The Samsung Galaxy Tab S7+ packs a 10,090mAh battery that is touted to deliver up to four hours of video playback. The tablet also supports up to 45W fast charging, though it has a 15W charger in the box. Lastly, measures 285x185x5.7mm and weighs 590 grams.

Is Mi Notebook 14 series the best affordable laptop range for India? We discussed this on Orbital, our weekly technology podcast, which you can subscribe to via Apple Podcasts or RSS, download the episode, or just hit the play button below.