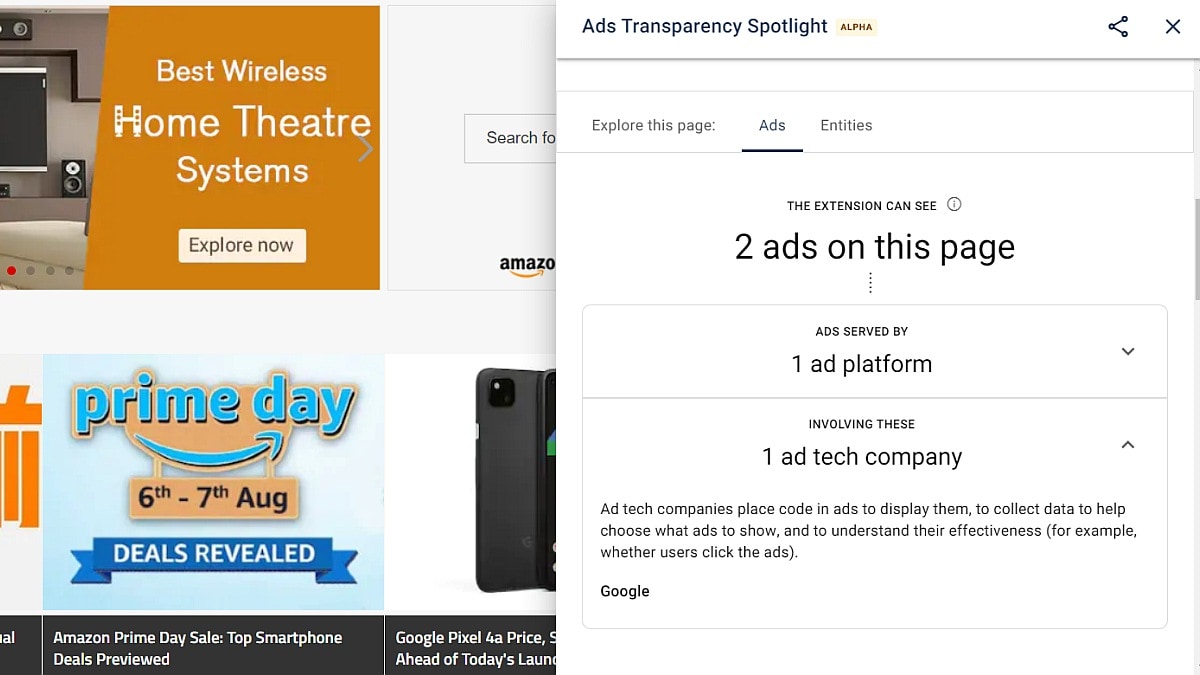 Google’s new Chrome Extension, Ads Transparency Spotlight, will tell you why you’re seeing the ads that you get. It aims to give users better insights over how they’re being targeted by advertisers by displaying information about ads, such as how many there are on a given page, the ad providers behind the ads, and why the particular ads are being shown. The extension made by Google, and launched this week, is available to download from the Chrome store.

Alphabet’s Google said that this is the first version of the extension, which would display the data used to tailor the ads you see, who is serving those ads to you, and companies that had a presence on the web page. Google said that it was currently exploring other control options for users. The current version of the extension only shows information about the ads purchased through Google Ads, and not third-party ads. As other ad providers also implemented the Ads Transparency Spotlight (Alpha) Data Disclosure Scheme, their information would also appear in the extension, according to Google. The extension can be downloaded here.

“Our ultimate goal is to support a more transparent ad ecosystem globally,” said Google in the overview page of the extension. Through this feature on Chrome, users will be able to view detailed information about ads on a web page. They’d be able to see a lot of details about the ads, such as a list of ad providers who had delivered these ads, and even information about third parties such as content delivery networks or analytics providers, who had a presence on the page.

Users will also be able to see why they were shown a particular ad – so they can understand the different factors that go into targeting them specifically.

Google CEO Sundar Pichai was present at United State’s House of Representatives antitrust virtual hearing held a few days ago, where the company was questioned for things including its digital ad dominance and transparency.

Last month, Google updated its policy in the wake of the coronavirus pandemic, prohibiting websites using its advertising technology from running ads on dangerous content that goes against scientific consensus – for example conspiracy theories about the virus. Google also faced a data privacy lawsuit in July about tracking via apps even after users had opted out from the same.