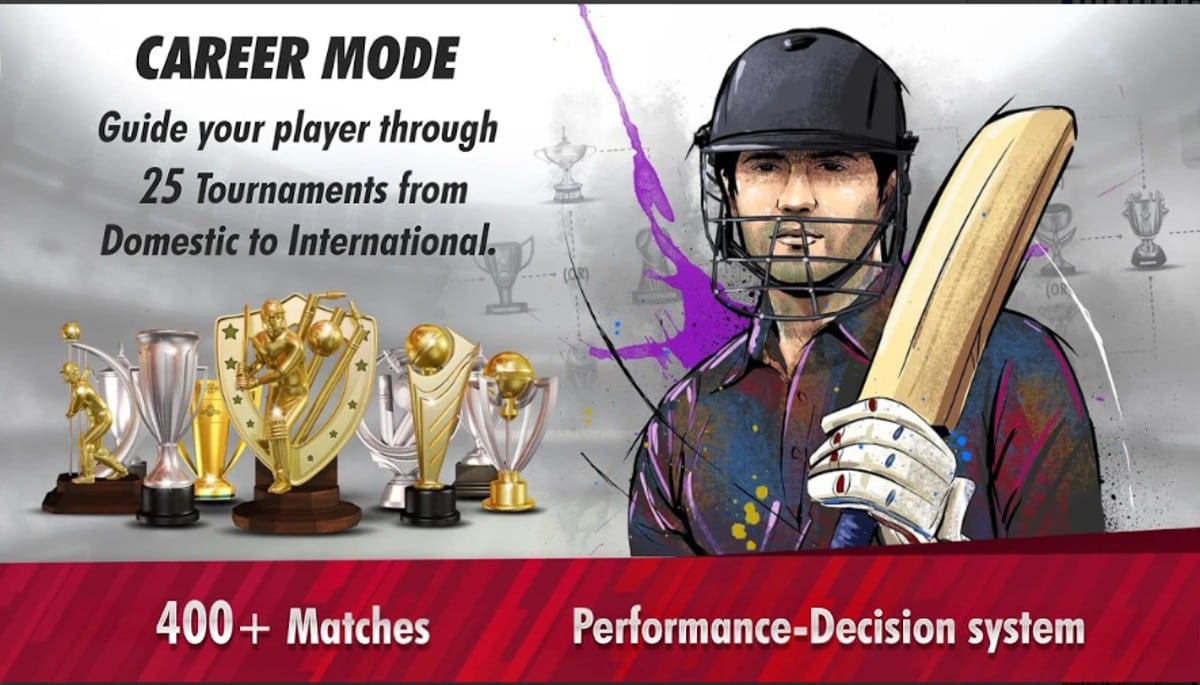 World Cricket Championship 3 (WCC 3) mobile game has been updated with a new career mode. The sequel to the popular World Cricket Championship 2 mobile game, the WCC3 comes with better visuals and commentary from renowned international players like Matthew Hayden and Aakash Chopra. The new Career Mode enables users to experience a full cricket season across three brackets, 25 series, and 400+ matches. The new Beta 2 update also brings a built-in challenging performance decision system that lets you ascend from a local club to the national or international level based on your gameplay.

Gamers can guide their chosen player through a virtual cricket season in Career Mode of WCC 3, and experience the cricket journey of a player right from the start of his career. This new mode will allow gamers to make their players compete in matches and tournaments that will lead to the player being selected in local clubs or national teams, depending upon their skill and performance.

Career mode offers gamers to make their players play as a bowler, batsman, or as an all-rounder. It also allows players to choose battles from over 400 matches and make tactical choices to ascend up the career ladder. While the game is free to install, the Career Mode is a paid feature that costs users Rs. 249 or 499 platinum coins. The game is currently offering 1,500 platinum coins for Rs. 799.

Apart from Career Mode, the new WCC3 Beta 2 version update adds other exclusive features like the new dynamic difficulty system. This new feature offers challenges to players, based on their skill and expertise. There is also a new Perma Match Flow feature eliminates the option to replay a match and thus making the competition very real, enabling every decision to have its consequences.

New controls have been added for bowling or batting. While bowling, users can take full control over the deliveries, with fine-tuned variations in pace, swing, spin and pitch spot. While batting, users can also control run, sprint and dive to the crease when needed. Furthermore, gamers can choose when to drive, loft, or defend, and manage their team members’ stamina, recovery and focus as well.

The WCC 3 update includes motions captures feature as well to boost the overall appeal of the game and make it more realistic. There is a new Visuals (Cut-scenes) feature that displays the gradual career progression of a player’s success and failures – like his first selection, his first media appearance, and more.

Creators Nextwave Multimedia say that World Championship 3 game received over 5,00,000 pre-registrations within two-weeks of its arrival. The WCC franchise boasts over 11 crore downloads in total, with 1.5 crore monthly active users and approximately 30 lakh users daily. The game is expected to launch in three phases.