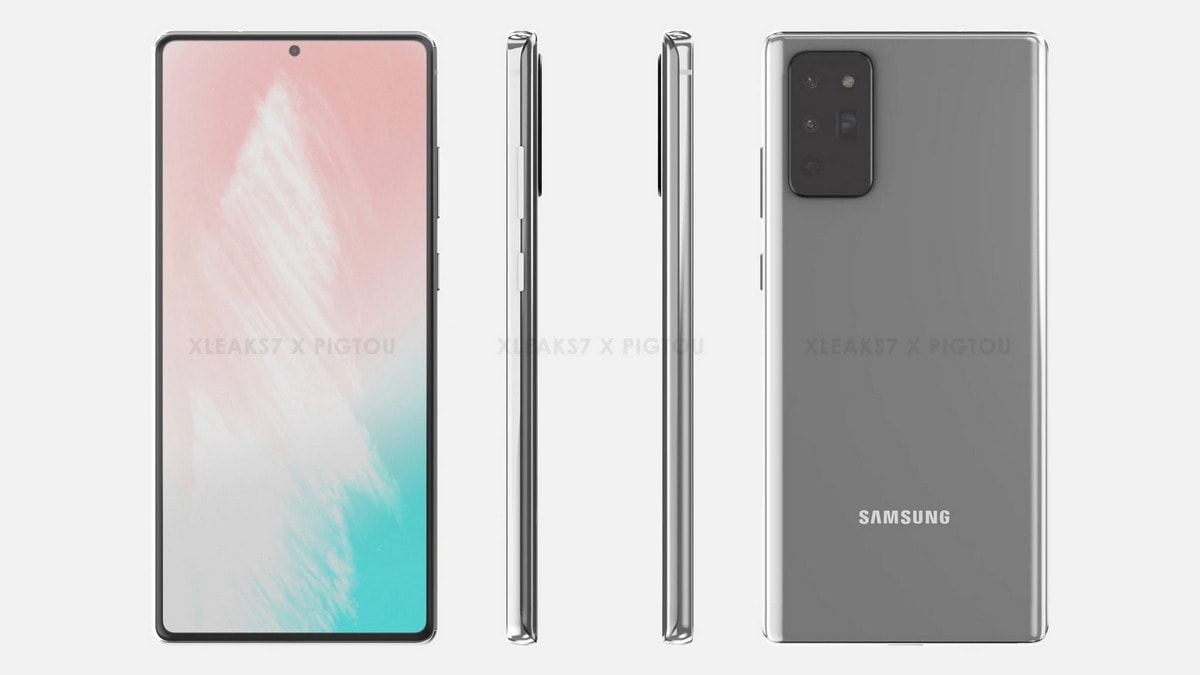 Samsung Galaxy Note 20 renders have leaked online, suggesting several details about the design of the phone. While speculations regarding the launch timeline of the phone had been happening, this for the first time that alleged renders of Samsung’s upcoming flagship smartphone have been reported. From what has been tipped, the phone will be bigger in size than the Galaxy Note 10. Separately, the Galaxy Note 20 series will reportedly launch via an online event in August.

Talking about the leaked renders shared by Pigtou first, Samsung Galaxy Note 20 is said to pack a 6.7-inch display with a small hole-punch in the centre-top region. The bezels of the phone look very thin in the images. The volume and power buttons are present on the right-side. At the bottom, there is a USB Type-C port, speaker grill, and S-Pen slot.

Samsung Galaxy Note 20 is said to apparently curved at the back edges and have a flatter front. The rear camera design on the phone looks very similar to the one on Galaxy S20 Ultra.

As per the report, Samsung Galaxy Note 20 will measure 161.8 x 75.3 x 8.5mm, making it a little more than half a millimetre thicker than the Galaxy Note 10 and Galaxy Note 10+ smartphones.

Coming to the launch timeline of the Galaxy Note 20 and Note 20+, it is said that the smartphones will be the first flagship phones by the company to be released through an online event in August. While the company does launch products without organising a physical event, but not the Galaxy S series or Galaxy Note series phones. For these phones, the company has been hosting events in New York, London, and Seoul.

This time around, the situation is beyond the control of the company as COVID-19 pandemic has forced people to stay indoors as much as possible. While it hasn’t been confirmed yet, it quite likely that there will indeed be an virtual launch.